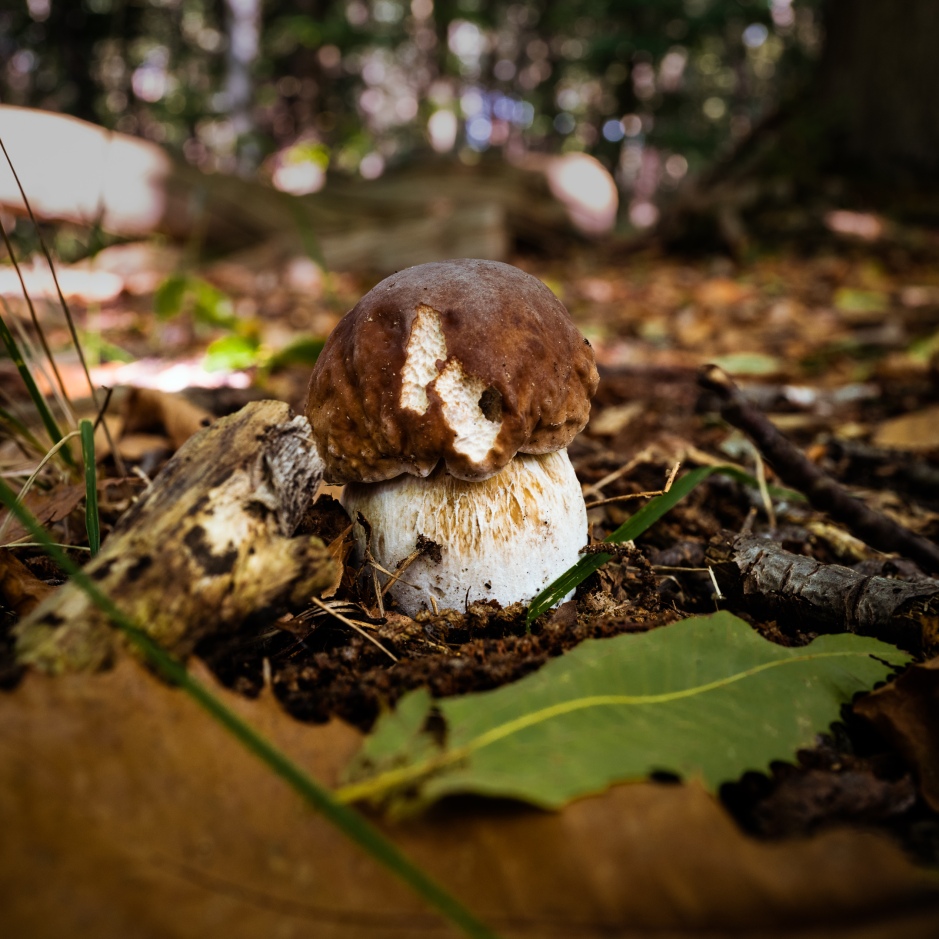 The temperature has dropped, there’s plenty of rain about, so that means one thing – Mushrooms! It’s been a while since I posted on this and now I’m starting my 3rd season collecting mushrooms on my own I thought it was worth a revisit.

So whilst it’s only really the start of the season (for things I collect), I’ve had this on my mind all year and it’s been something I’ve looked forward too. Whilst out and about I’ve been making (mental) notes of some locations that look good, which is certainly something worth doing if you spend much time out in the woods. So far this year it’s paid off, a couple of new locations have been successful, with the advice I saw somewhere (apologies to whoever said it, I can’t remember where) which was if you want to find mushrooms, look up. Referring to knowing what trees certain mushrooms of interest will be found under. The Boletes, which is what I’m normally looking for are mycorrhizal fungi so have an association with specific tree types, so while out and about on walks I’ve been noting areas with Birch, Beech and Oak, especially large older trees. Recently Netflix released a documentary called Fantastic Fungi, which I highly recommend if you want to hear more about how this association works.

One thing I’ve done differently this year is focus a bit more on checking these newer areas in the hope that I’m not always going to the same place, not just for the chance of finding more, but it’s always more interesting that way. Another advantage of that is that in the past I’ve had areas I’ve gone to which have a lot of species that whilst edible, are not the best, and so I can spend a lot of time distracted by them. The prime example of that is the Slippery Jack, which is an edible Bolete but should really have the skin removed from the cap. Not only is this laborious but the end result isn’t anywhere near as tasty as some other easily found species like the Bay Bolete (which made fantastic pierogi last year). So this year is really the year of quality not quantity.

However there is one species that appears a little earlier that I do like to find, which is the Parasol mushroom. These precede the Boletes I like so are a good herald of the season starting, but equally are very tasty. One thing that is good about the parasols is they grow in fields/verges and get quite large, which makes them very easy to spot, so even a brisk walk or bike ride can still find these (no staring at dark brown leaves looking for dark brown caps in this case!). I’ve also only really found them in groups, which makes spotting them easier but also easy to fill a basket quickly. The only downside I’ve found to these (certainly seem to be the case here in the south east) is that they appear and disappear in a week or two, so the window to find them is small. Fortunately because of the ease in finding them it’s not too difficult to find enough of them to fill the freezer, which leads onto cooking them.

Definitely the best way to eat Parasols is breaded and fried, the over-used statement that they’re like a breaded pork chop does hold true. It’s as close as you’ll get without having the real thing! This does mean that you can cook a batch, freeze them, then treat them like a 20@200c typical orange meal, and re-heat for a very tasty mushroom dinner when there aren’t any around in the woods. You can then up this further with some grated cheese and thin strips of bacon, which can’t be beaten.

So now with the season started I’ll be trying to get out as much as possible, and with the scouting trips earlier in the year I have a few more kid-friendly locations which should help. So fingers crossed the rest of the season goes as well as the start.